Watch brand Luminox has several watches set to be released this September. Here we have a look at some of their upcoming watches. 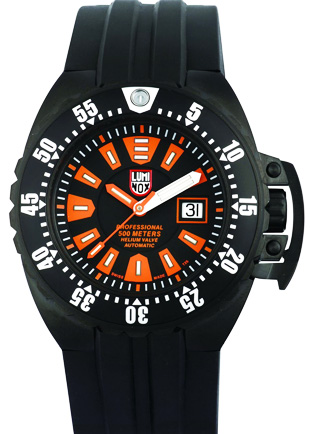 The Recon Point Man series has several new models with military inspired colors and Nato straps. It’s military design features a black carbon-reinforced polycarbonate case, ratcheting dive bezel with black aluminum ring, and a black dial. The watch also includes a tachymeter to measure walking speed, and can even be used to determine one’s bearing when the sun is visible (when pointed toward the sun, the shortest distance between the hour hand and 12 willl indicate South when in the Northern Hemisphere, and North when in the Southern Hemisphere).
Luminox is also introducing new pieces into the Atacama Field series. The day-date models (1920 series) and chronograph alarm models (1940 series), feature 45mm cases and 26mm distressed leather straps. The new black and tan models, 1925 and 1945, have a black dial, black PVD cases and hardware with golden tan straps for a high contrast look. 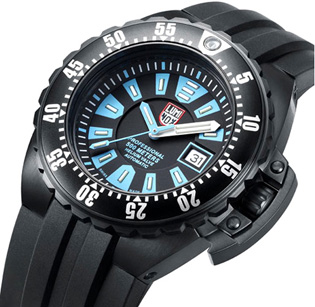 Luminox’s new Deep Dive watches feature Luminox Light Technology and Super-LumiNova on the indices for maximum visibility. The watches come in a classic black (model 1512) or blue sunray (model 1513) dial encased in stainless steel. These watches are water resistant to 500m and are produced in limited quantities as more time and testing are required to make them.